The "usage-inflation" attack arbitrarily inflates the cellular data usage of a target subscriber by intentionally retransmitting packets in the flow even without actual packet losses. 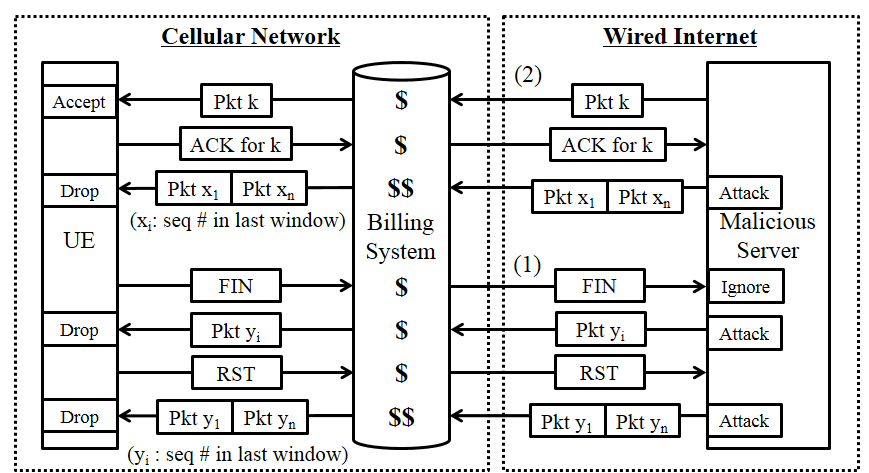